My name is Kaylee Lamb, I am a recent graduate from the University of Texas at Arlington with my bachelor’s degree in architecture. I knew I was going to study architecture for the rest of my life when I first went to Europe at thirteen. Walking through the ancient architecture I had such overwhelming feelings of awe and appreciation. I had to be a part of it. In studying these last few years I have developed a passion for sustainability and innovation. What is the true value of a beautiful building if it’s hurting the environment around it? Architects create the world around us and I want to make a positive difference in what I create. Norway has been lauded for being one of the leading countries on sustainable architecture. This is how I chose where I wanted to study.

Read more about Kaylee's trip below!

In the summer of 2019 I was granted a traveling scholarship to study sustainable architecture in Norway. Although I wanted to see it all, it wasn’t feasible. I settled on Oslo and Trondheim, both have ancient and modern architecture along with Powerhouse buildings. These buildings are an incredible jump for the sustainable ideal, they are energy positive, meaning they produce more energy than they will ever use, including their production and demolition. There are currently four in Norway with the fifth being constructed currently. It was incredible to see how Norwegian architecture has advance in this field, energy positive still sounded like fiction to me. During my trip I stepped into the history of Norwegian architecture, seeing how it’s past made way for this type of innovation and development.

I began in Oslo one of the biggest cities in Norway, I stayed on Thief’s island which was very recently developed, a stark contrast to the adjacent Akershus fortress,  built in the 1200s. The city was beautiful and completely different from my usual surroundings. The streets begged you to explore the city, pedestrian friendly and overflowing with unique art exhibits, there were even rentable saunas on the water’s edge. Oslo’s connection to nature has an incredible impact on the city. The streets are clean and bright, its inhabitants work to keep it that way, it’s clear that it is a source of national pride, and rightly earned. The government does it’s best to encourage this sentimental well, water bottles can be returned to stores for a slight refund, and cars are discouraged by high tolls and parking prices. It felt like being in one of the most advanced cities in the world. 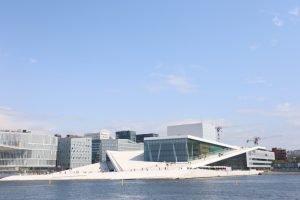 While in Oslo, I was lucky enough to meet with ZERO (zero emission resource organization). This was the organization behind the Powerhouse buildings. They helped me understand how much time and effort it takes to create something so complex and expensive. Each building requires multiple different disciplines to work together. Snøhetta was one of those partners. They are an architecture firm that has specialized in innovation and sustainability and have designed every single powerhouse building. I was able to tour their office, it was incredible to think I was standing where these sustainable ideas were created.

My journey continued as I drove up the western fjords. My idea for traversing 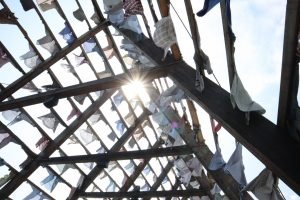 Norway was by car, which is perfect for sightseeing, however this led to the discovery of just how small the roads are, and their proximity to the edge of mountainsides. A huge change from the wide flat Texas landscape. Thankfully, the scenery was more than worth it. It’s truly unbelievable, it felt like another world, incredible green and snow covered mountains that looked untouched by mankind. I stopped in one small town where books filled every building and bookshelves filled all the places in between, it was appropriately named book town. A bit further up I stopped in a bed and breakfast, to get a feel of the local rather than tourist side of Norway. It was a great decision, I talked to locals, had homecooked meals and even bought some of their homemade soaps. They gave me tips on what the best restaurants and destinations to hit on the rest of my trip. Far enough north I saw Jostedalsbreen, the largest glacier in mainland Europe. It was saddening to discover that Jostedalbreen along with other glaciers were much smaller than they have ever been, and some could disappear in the next few years.

I made my way to Trondheim next, which was the capital during the Viking age and religious capital till the 1600s. Trondheim has adapted to the modern age without losing its heritage, many features of the ancient city still remain. 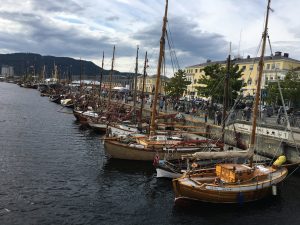 Trondheim is home to both the Nidaros Cathedral, built in 1000s, and the first Powerhouse ever built- Brattørkaia, a modern-day office building. I loved seeing how the building used its resources efficiently. Its roof was designed with solar panels, and the slope was informed by the optimal degree for energy absorption. Trondheim had open-air museums which took you on a trip through time, showcasing different housing and architecture throughout the centuries. From 1200 stave churches, to grass-roof villages. It was such an incredible city full of life and culture.

UNESCO world heritage sites are all over Norway, it’s no wonder their architects and citizens are so dedicated to preserving the beauty they have. I think it is important for architects to travel, see the world in a different context, learn from your surroundings, it brings new ideas and perspectives together to create something even better than what one could do alone.   Norwegians have put quality first in architecture and environment and it shows in their land and international image. I hope to apply what I have experienced to new opportunities in my future endeavors, and continue to inspire myself by exploring the hidden beauty in the world around us.

LEARN MORE ABOUT OUR TRAVELING FELLOWSHIPS 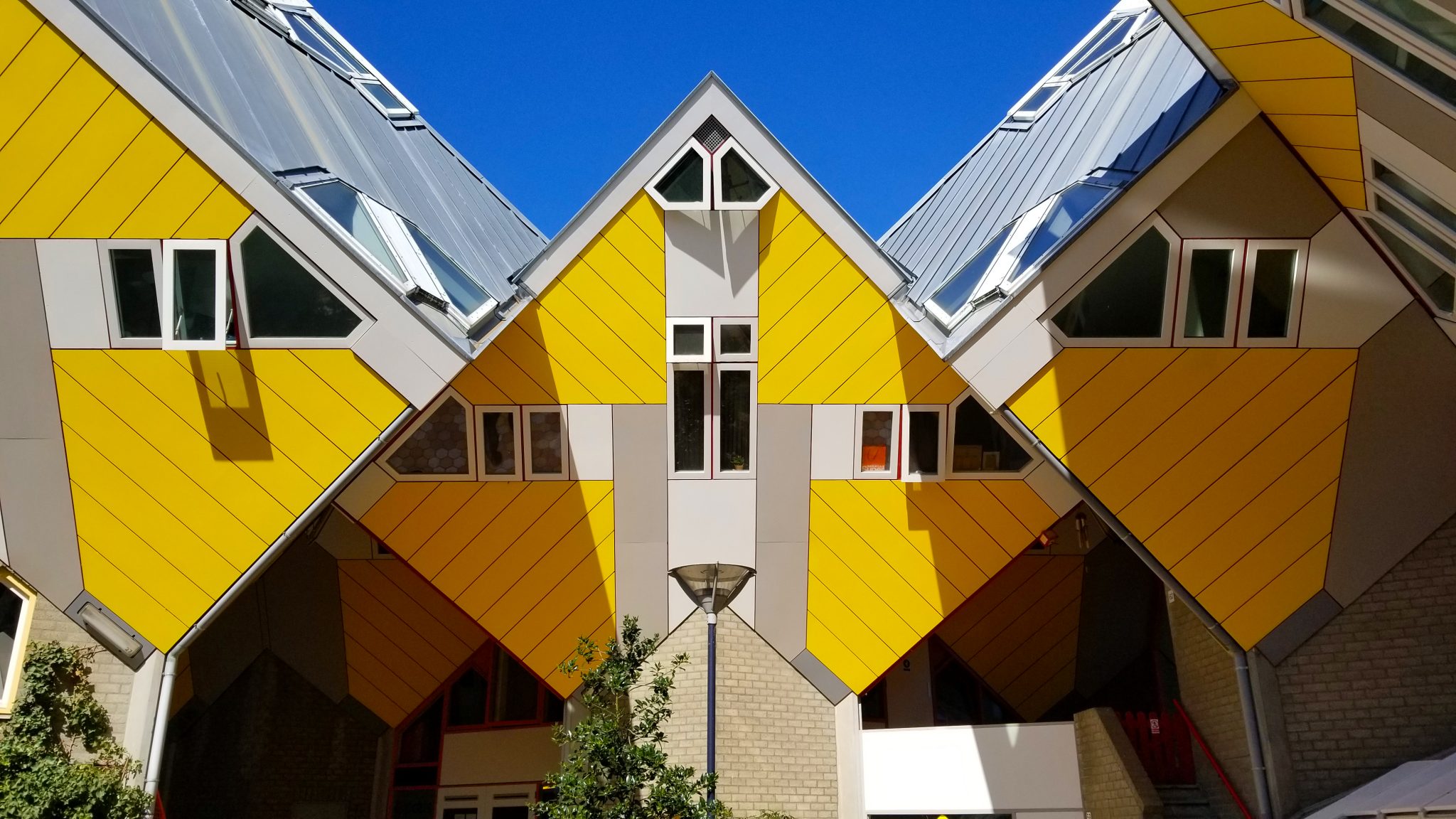