Book Review: A House for Texas by Larry Good, FAIA 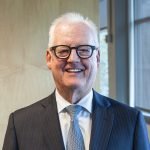 Pen to Paper: An Author Talk with Larry Good, FAIA

JOIN US FOR OUR FIRST AD EXchange ON MAY 6! To kick off the series and celebrate Preservation Month, we’ll be joined by prominent Dallas architect Larry Good, FAIA to discuss his book A HOUSE FOR TEXAS, a reflection on the historic Elbert Williams House. 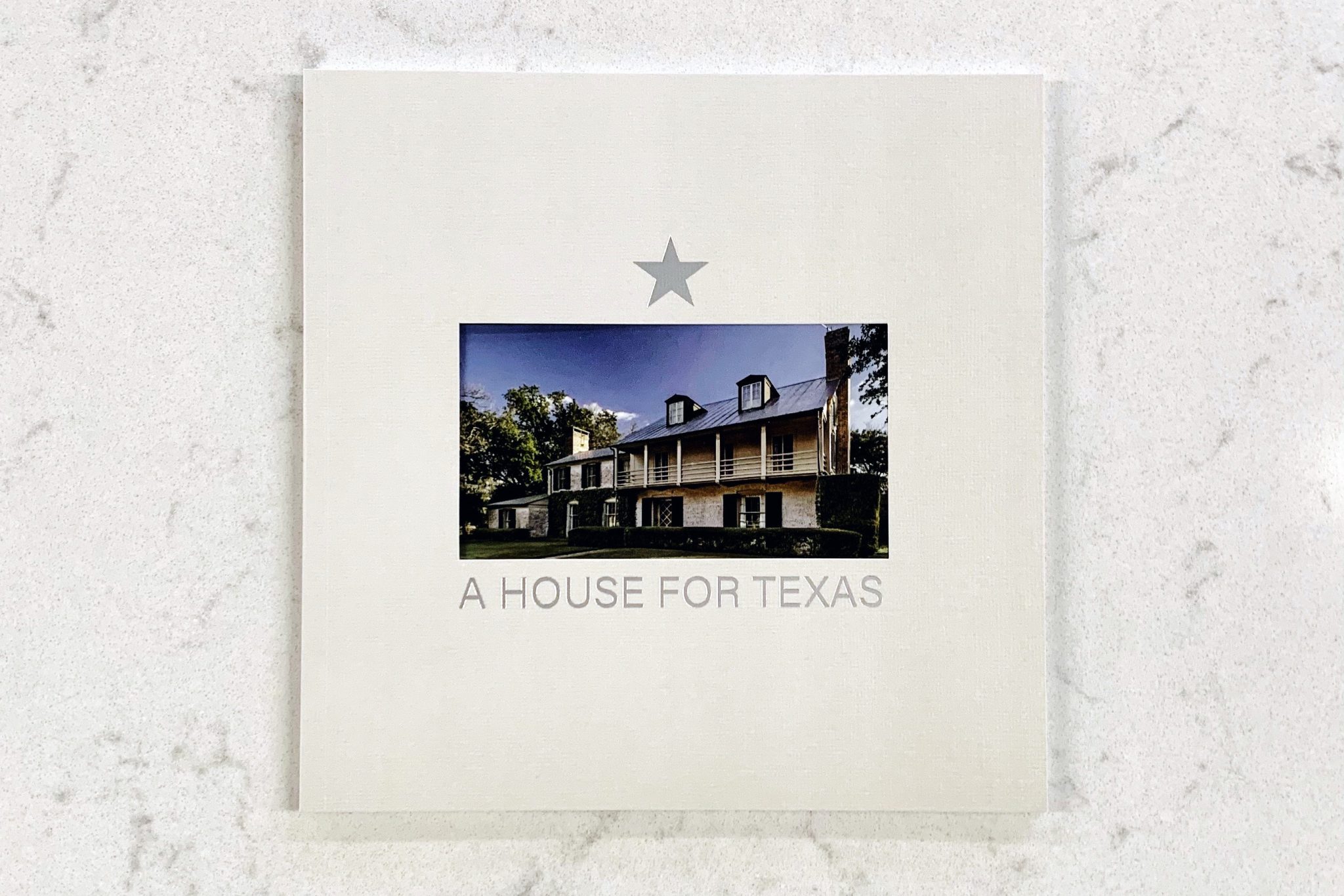 A HOUSE FOR TEXAS is available for purchase from the AD EX for $30 for a limited time! \ BUY IT HERE

In 1933, a Dallas architect – David Reichard Williams – designed a very special house on the banks of Turtle Creek in University Park. This residence for Elbert Williams received little attention in the publications of the era, but over time it garnered recognition and acclaim among a distinguished group of architects, writers and historians, who would no doubt agree with Larry Good’s description of it in his new book, A House for Texas, as “the finest example of modern Texas regional residential architecture ever built in the state.”  The residence has been recognized over the past 58 years in the various guides to Dallas architecture; in Muriel Quest McCarthy’s 1984 monograph on Williams’ work, in which 16 pages are dedicated to the house; in the eminent 1986 publication from UT Press, Landmarks of Texas Architecture, in which architect and author Larry Speck described the house as “a tour de force of Texas regional expression in architecture, art and craft;” and finally, in The Buildings of Texas, published by the Society of Architectural Historians last year, in which editor and author Gerald Moorhead described the house as “the summation of (Williams’) concept of the ‘indigenous’ house.”

Now comes a remarkable little book, published by the Park Cities Historic and Preservation Society, that is dedicated solely to the Elbert Williams House and its architect. So many noteworthy homes have been lost to demolition in the Park Cities over the past 15 years, including modern masterpieces by O’Neil Ford and Howard Meyer, that there was legitimate concern the Elbert Williams house might meet the same ignoble fate when it was put on the market in 2019. Bobby Clark, a lifelong resident of University Park and a former City Councilmember, mobilized and recruited the noted Dallas architect Larry Good to author and design the publication, and Charles Davis Smith to contribute photography.

This collaboration has yielded a well-written and beautifully photographed 64-page volume that convincingly establishes the architectural importance of the house and makes a strong case to encourage its preservation – going so far as to suggest possible alternative uses should the house, in its next life, be repurposed for public access.

The architect of this acclaimed house, David Williams (no relation to his client, Elbert Williams), arrived in Dallas in 1923 and was here only for a decade, before closing his architectural practice and moving to Austin to work for a New Deal government agency. Good describes the architect’s brief but intriguing and influential career in Dallas, including the establishment of his residence, office and workshop as a multi-disciplinary environment known as “The Studio” on North Pearl Street (where the Ritz Carlton Hotel now stands). His first commission was to design a new residential subdivision on Lovers Lane called Greenway Parks, where the lots and residences were organized to face landscaped greenbelts while the garages and service functions faced streets in the rear. In all, Williams designed approximately 16 houses in Dallas and three in Corsicana. His later houses, including the Elbert Williams residence, exhibited the architect’s gradual adoption of a new regional design aesthetic, which was developed after a series of pilgrimages to central Texas in the mid-1920s. Good describes how Williams and his young protégée O’Neil Ford sketched and photographed houses and structures built by pioneer settlers in such places as San Antonio, Fredericksburg, Castroville, Salado and Roma. Two luscious ink sketches produced by Ford and Williams during these journeys are included in the book. According to Good, the two architects studied the building traditions in these various locations to better understand the values which led to their design, which could then be utilized (in David Williams’ own words) “as the source of a beautiful architecture that could be called the state’s own.”

Between 1926 and 1931 Williams published a series of articles and essays in The Southwestern Review describing the early, indigenous architecture of Texas in the places that he and Ford had visited. From these essays, Good is able to document the inspiration the architect derived from these earlier precedents – in particular the Joseph Carle House in Castroville – on his design for the Elbert Williams residence in University Park. 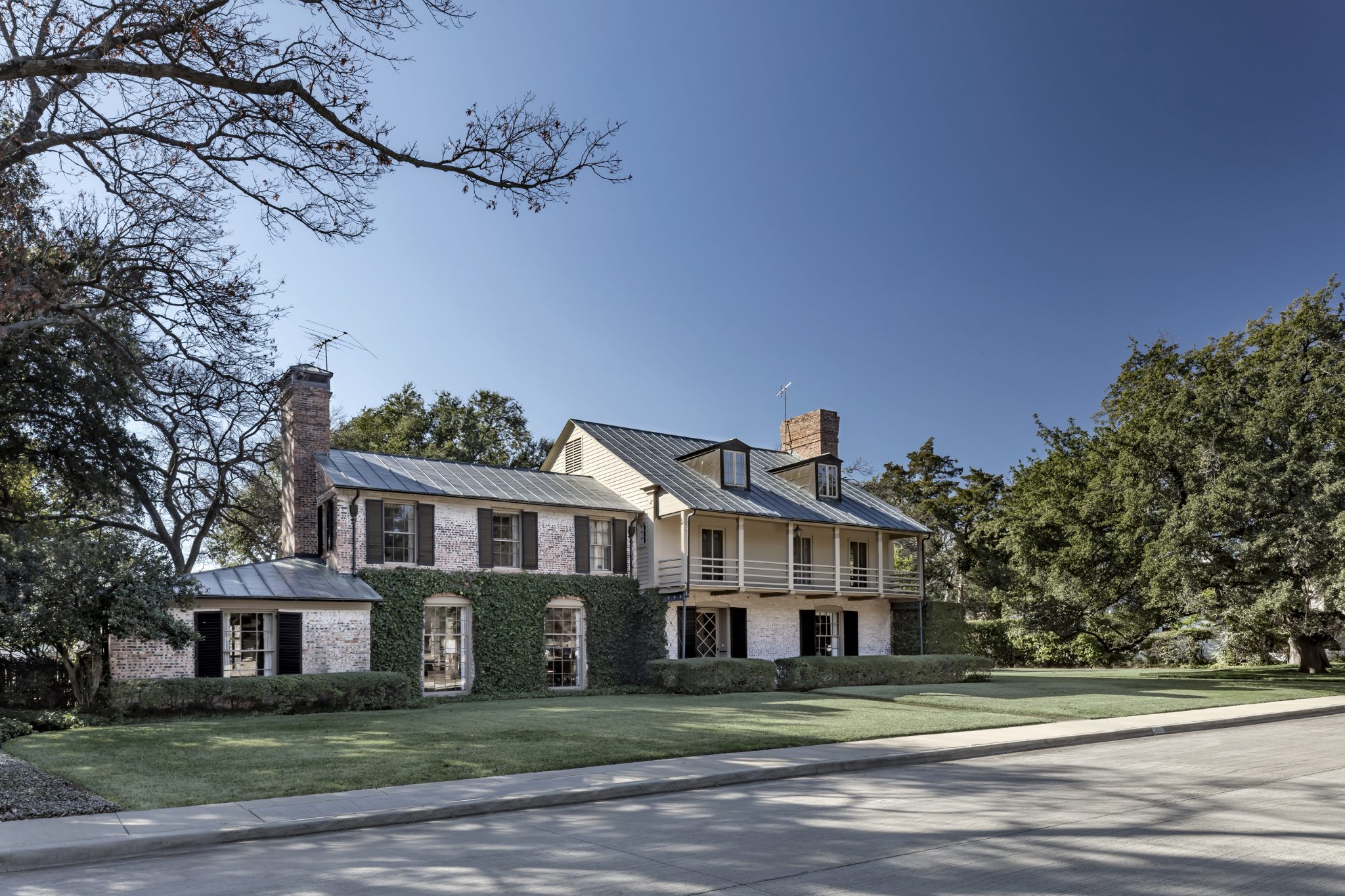 The house has been comprehensively documented by architectural photographer Charles Davis Smith. Half the book includes his astounding photographs, rich in color and detail. The photos are perfectly cropped and composed on the pages to illustrate Williams’ masterful residence, including exterior and interior architectural features that showcase the architect’s fully developed regionalist design palette. The photos are also presented in a way that complements the author’s splendid room-by-room narrative description of the house.

In his opening essay, author Larry Good describes the Elbert Williams House as “the most important house built in the state of Texas.” He contrasts it with other, more traditional houses of the 1930s – representing “the conservative fashions of the times” – that were designed by local prominent architects. And finally, he laments that the house’s significance and its position in the overall context of Texas’ architectural history may not be fully understood by most people. This is a legitimate concern, which A House for Texas addresses fervently through accomplished writing and striking photography, providing us with hope for the survival of the most influential house of the 20th-century in our great state.