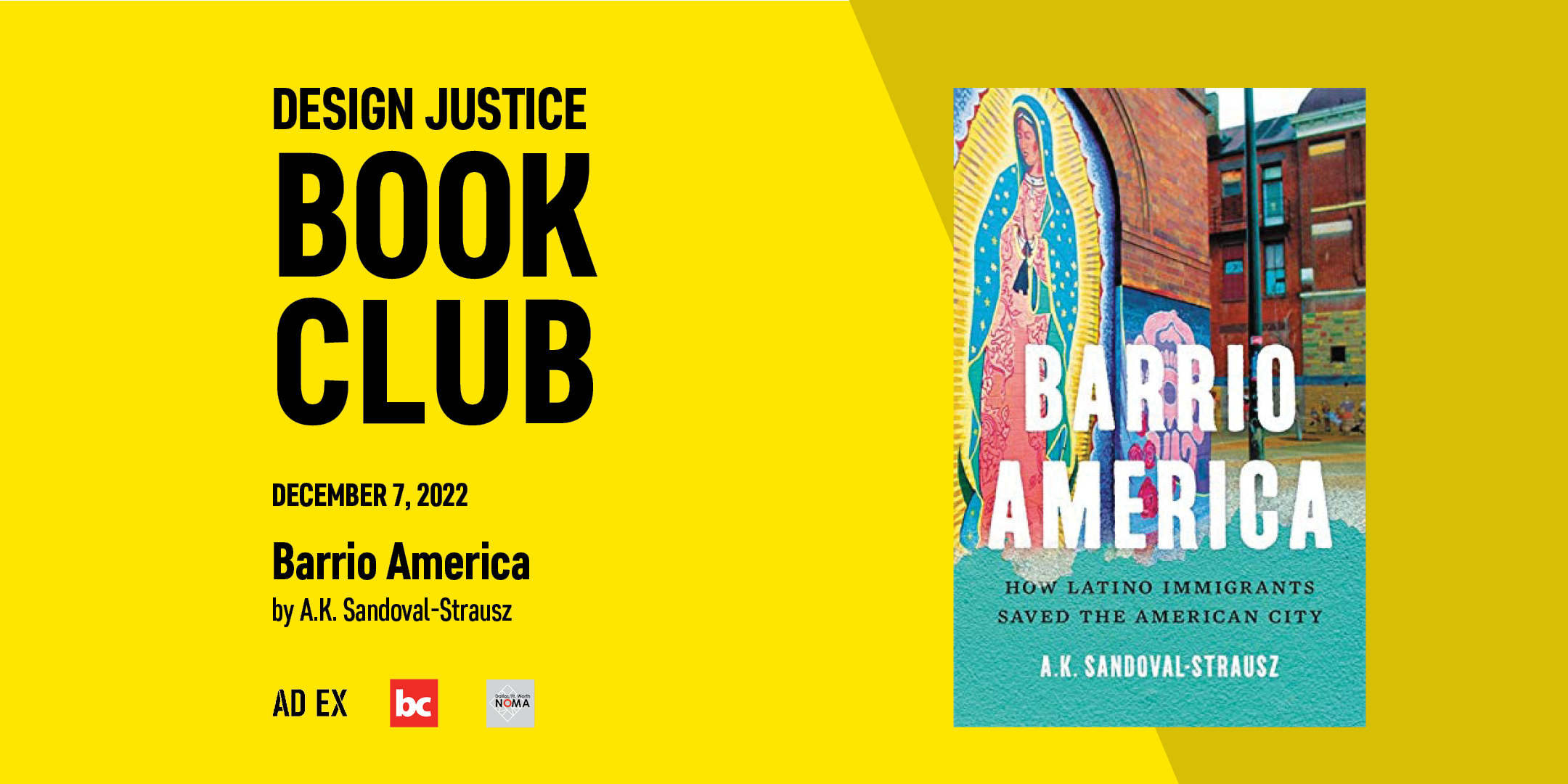 POSTPONED! This discussion will be rescheduled to early 2023 in a hybrid in-person/virtual format. Stay tuned for deatils! Join the AD

POSTPONED! This discussion will be rescheduled to early 2023 in a hybrid in-person/virtual format. Stay tuned for deatils!

Join the AD EX, bcWORKSHOP, and DFW NOMA for a discussion of the next book in the Design Justice Book Club series: Barrio America

The Design Justice Book Club continues the conversation from the 2020 Place Setting Book Club series that asked how we envision and create radically inclusive places that facilitate and support equitable communities.

Join this free book club for one or all discussions reviewing books that highlight how architects, designers, and planners can foster universal inclusion and fairness in the built environment within the places and communities we impact, both locally and globally.

Join us at the AD EX on December 7 for a discussion of Barrio America by A.K. Sandoval Strausz.

About The Book: “The compelling history of how Latino immigrants revitalized the nation’s cities after decades of disinvestment and white flight. Thirty years ago, most people were ready to give up on American cities. We are commonly told that it was a “creative class” of young professionals who revived a moribund urban America in the 1990s and 2000s. But this stunning reversal owes much more to another, far less visible group: Latino and Latina newcomers.

Award-winning historian A. K. Sandoval-Strausz reveals this history by focusing on two barrios: Chicago’s Little Village and Dallas’s Oak Cliff. These neighborhoods lost residents and jobs for decades before Latin American immigration turned them around beginning in the 1970s. As Sandoval-Strausz shows, Latinos made cities dynamic, stable, and safe by purchasing homes, opening businesses, and reviving street life. Barrio America uses vivid oral histories and detailed statistics to show how the great Latino migrations transformed America for the better.”