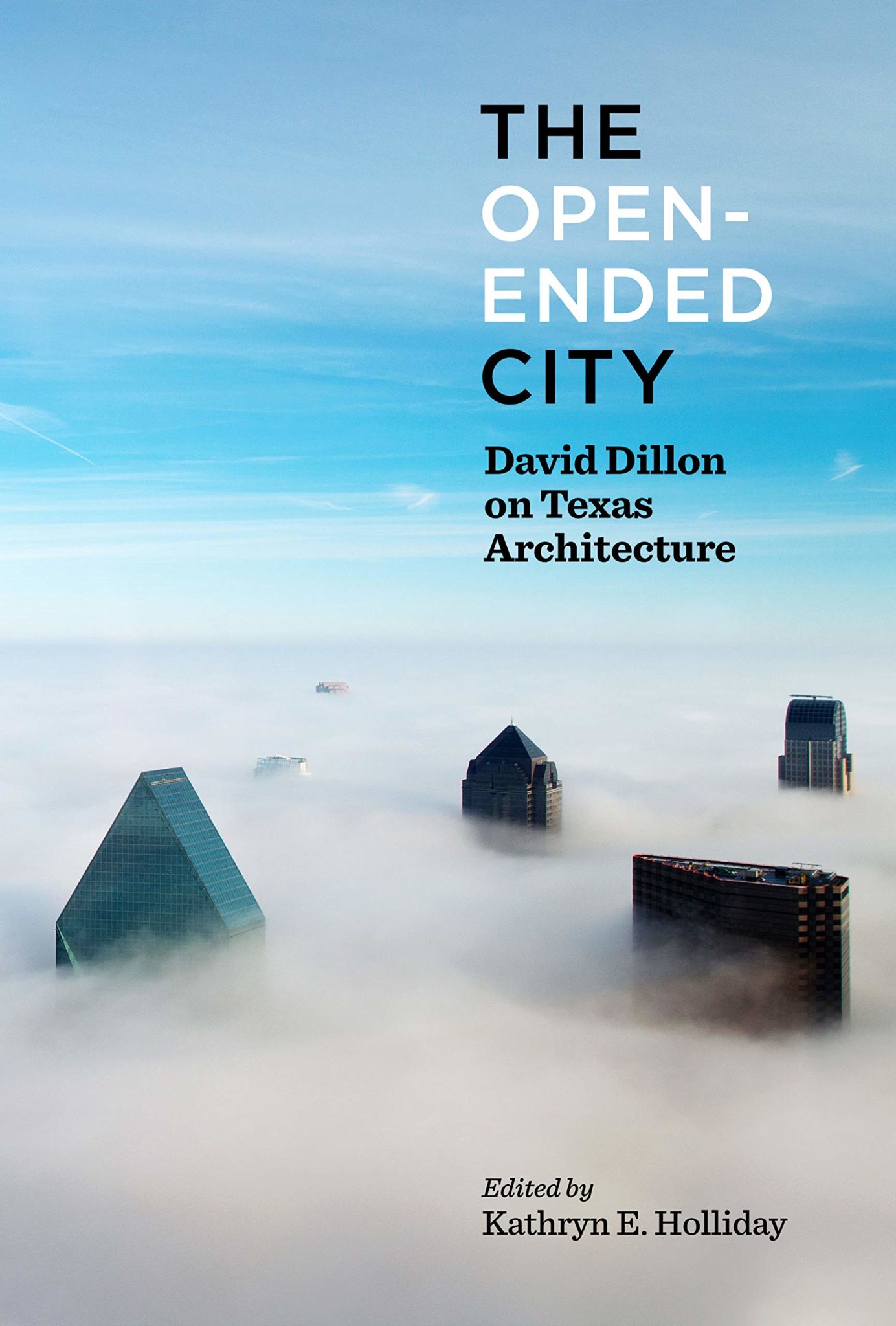 We had a great first discussion, but want to get more people in on the ground level. Read on and join us as we embark on a book adventure. We'll

We had a great first discussion, but want to get more people in on the ground level. Read on and join us as we embark on a book adventure. We’ll repeat this introductory session a couple more times and then move on to further exploration of this great collection of writings on Dallas and its architecture.

AD EX is starting a book club! But we’re making it the easiest book club you’ve ever been in. Rather than forcing you to spend $40 once a month on dense architectural reading materials that your busy schedule will probably keep you from getting through, we’re going to take the next year to get through one volume.

Edited by Professor Kate Holliday at UTA, The Open-Ended City is a collection of the writings of the late architecture critic for The Dallas Morning News, David Dillon. We’ll take several essays/articles at a time and get together to discuss and share our opinions. Since they are historic and contemporary looks at our won city, it should be a fascinating conversation.

We’ll start with a first session on the following articles: Kate Holliday’s Introduction and the two entries in “The Critic’s Voice” beginning on pages 22 and 34. About 50 pages in all. You can handle that!

We’ll begin the discussion at noon. Feel free to bring your lunch and come to the Design Learning Lab beginning at 11:30 a.m. to get settled in. RSVP to info@DallasADEX.org. Please include LLS: Book Club in the subject line.

We have copies of the book available for purchase here at the AD EX for $29.95 plus tax. Or you can purchase through smile.amazon.com; help us out by making our Foundation the beneficiary of your purchase!

About The Open-Ended City:
In 1980, David Dillon launched his career as an architectural critic with a provocative article that asked “Why Is Dallas Architecture So Bad?” Over the next quarter century, he offered readers of The Dallas Morning News a vision of how good architecture and planning could improve quality of life, combatting the negative effects of urban sprawl, civic fragmentation, and rapacious real estate development typical in Texas cities. The Open-Ended City gathers more than sixty key articles that helped establish Dillon’s national reputation as a witty and acerbic critic, showing readers why architecture matters and how it can enrich their lives.

Kathryn E. Holliday discusses how Dillon connected culture, commerce, history, and public life in ways that few columnists and reporters ever get the opportunity to do. The articles she includes touch on major themes that animated Dillon’s writing: downtown  redevelopment, suburban sprawl, arts and culture, historic preservation, and the necessity of aesthetic quality in architecture as a baseline for thriving communities. While the specifics of these articles will resonate with those who care about Dallas, Fort Worth, and other Texas cities, they are also deeply relevant to all architects, urbanists, and citizens who engage in the public life and planning of cities. As a collection, The Open-Ended City persuasively demonstrates how a discerning critic helped to shape a landmark city by shaping the conversation about its architecture.

About the Author:
Kathryn E. Holliday is an associate professor of architecture at the University of Texas at Arlington, where she is also the founding director of the David Dillon Center for Texas Architecture. She is the author of Leopold Eidlitz: Architecture and Idealism in the Gilded Age and Ralph Walker: Architect of the Century. This collection gathers key writings by the nationally acclaimed architecture critic of The Dallas Morning News, whose perceptive commentary received awards from the Associated Press, the Dallas Press Club, and the Texas Society of Architects.