Tour Little Chapel in the Woods 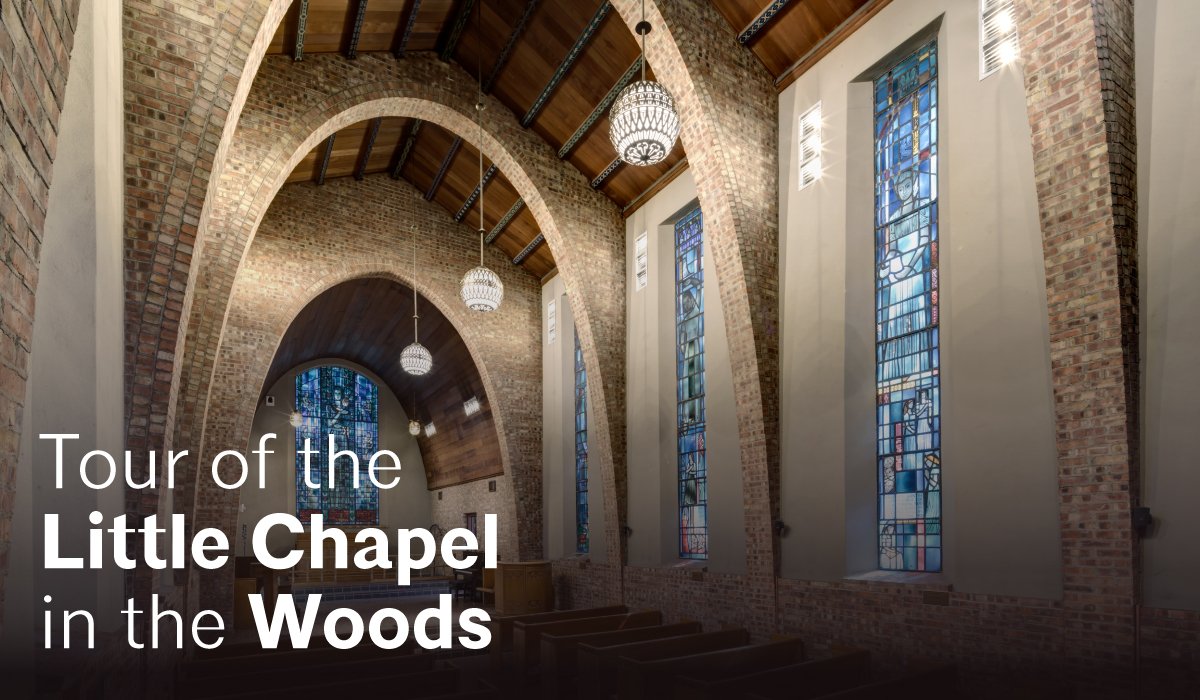 Organized by the AIA Dallas Historic Resources Committee, this tour is part of our Preservation Month programming.

Organized by the AIA Dallas Historic Resources Committee, this tour is part of our Preservation Month programming.
Tickets: $15 AIA Dallas members; $25 General Admission
The tour will begin outside in front of the chapel. A check in desk out front will assign participants their tour group number. The tour will include group topic discussions within the chapel as well as access to displays at the Library archives. Speakers include Brittany Jasper Hunt (TWU), Alexis McKinney, Alan Richards, Marcel Quimby, and JR Rubio.
About Little Chapel in the Woods. The AIA Dallas 2020 Historic Architecture Award winning The Little Chapel in the Woods by O’Neil Ford and Arch Swank, is an architectural landmark example of Texas Regionalism that has influenced generations of architects on a national scale. The chapel was constructed in 1938, following the award of the design competition. The design and construction exemplified the ideals of Ford’s Texas Regionalism in its simple unity of architecture, structure, and craft. The active participation of the student lead design of stained glass, hand crafted light fixtures, and woodworking as well as the use of unskilled National Youth Administration labor reinforced the Chapel as building of a specific place. The Little Chapel in the Woods is considered an architectural masterpiece on a state and national scale. Texas Woman’s University received the Historic Architecture Award for their Stewardship of this architectural gem for the past 80 years.

Little Chapel in the Woods