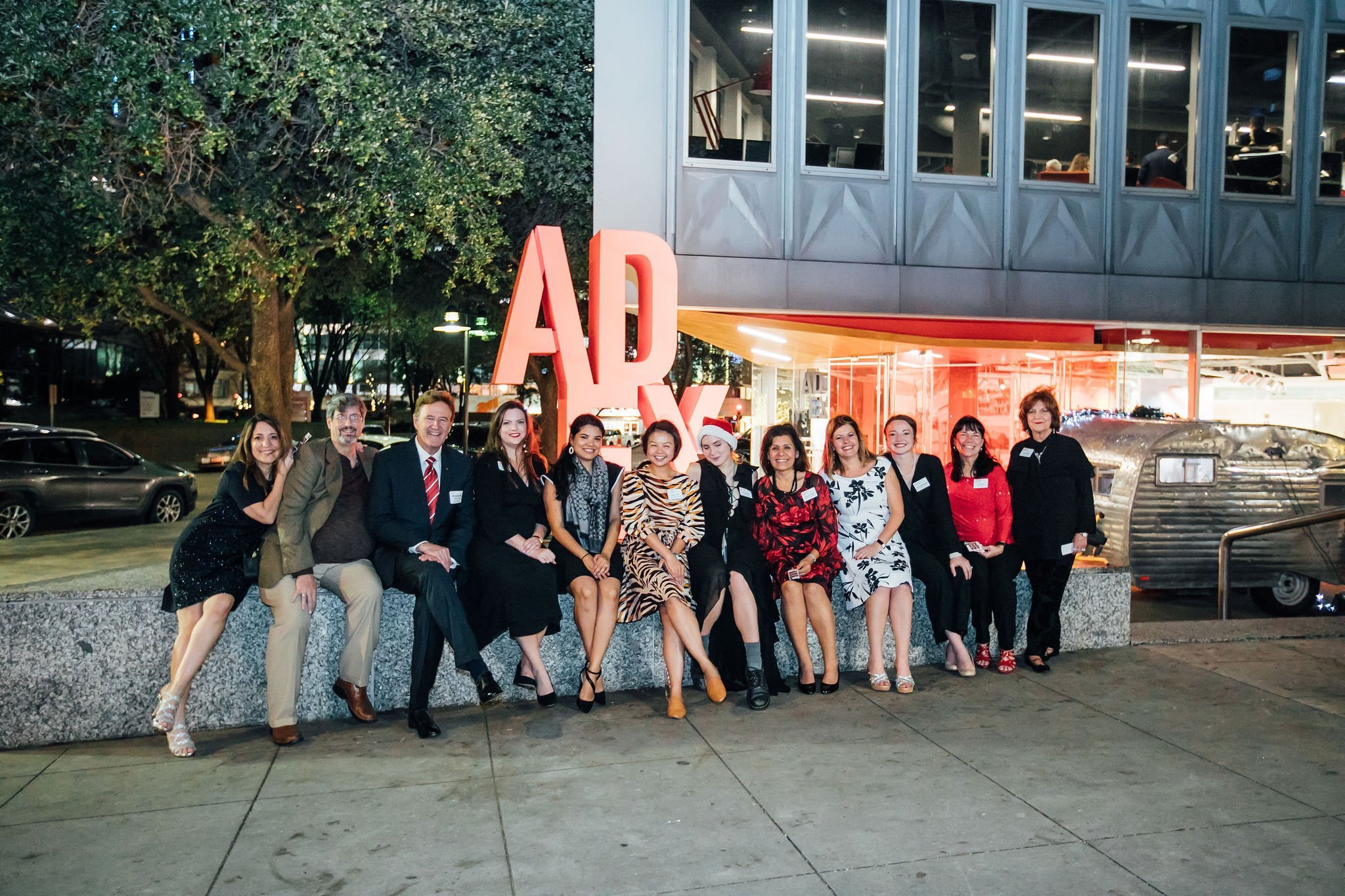 The AD EX family mourns the passing of longtime program director Greg Brown after an extended illness. Greg joined the team in 2009 to champion the establishment of the newly opened Dallas Center for Architecture’s programming, partnerships, fundraising, and outreach. In his 11 years of service, he researched and created the downtown Dallas walking tours, as well as many of our most beloved programs, lectures, and exhibitions before his departure in early 2020. A sharp wit with encyclopedic knowledge of architecture and our city, Greg was generous with his smiles, laughs, stories, and songs.

Greg was a true ambassador of architecture – speaking to community groups across North Texas and at conferences across the country. He was a talented writer and frequent contributor to statewide publications, as well as AIA Dallas’ COLUMNS magazine. Greg was recognized with honorary membership in AIA Dallas in 2016. He served on the Board of Directors of the Association of Architecture Organizations.

Greg worked in the arts and arts education in Dallas for almost 25 years. Prior to joining DCFA, he was managing director of the AFI DALLAS International Film Festival. Presenting over 200 screenings annually over 10 days throughout central Dallas, the Festival very quickly became one of the largest film festivals in the Southwest. Greg was responsible for most of the day-to-day operations of AFI DALLAS, as well as leading the Festival’s extensive education and outreach efforts. A native Dallasite, he earned undergraduate degrees and his M.B.A. from SMU. He went on to work at SMU’s Meadows School of the Arts in a variety of roles, including as managing director of both the Meadows School and the Meadows Museum. He was instrumental in the opening of the new Meadows Museum in 2001 and in the development of a Meadows School and Museum strategic plan which resulted in an historic $33 million gift from the Meadows Foundation in 2006.

A musician, producer, and director, Greg worked with the Texas Boys Choir and the Dallas Summer Musicals and directed several local productions. While at SMU, he produced eleven Meadows Award presentations to a stellar group of internationally-acclaimed artists, including Angela Lansbury, Wynton Marsalis, and Arthur Miller. The 1994 Meadows Award presentation to Stephen Sondheim was subsequently aired on the Arts & Entertainment television network. He also produced tributes to Bob Hope and Greer Garson.

As Greg’s close friends, Veletta Lill, Hon. AIA, Jill Magnuson, Hon. AIA Dallas, and Nancy Rome shared, “everything Greg touched became a lifelong passion for him and he left it better than he found it. Whether it was architecture, the arts or film, they all had one thing in common – making Dallas a great city. He had a deep love of our city, as evidenced by the indelible mark he made on its progress.”

Per Greg’s wishes, there will be a celebration of his life at a later date in 2021. Also per his wishes, in lieu of flowers, please send memorial donations to the North Texas Food Bank or your local SPCA. 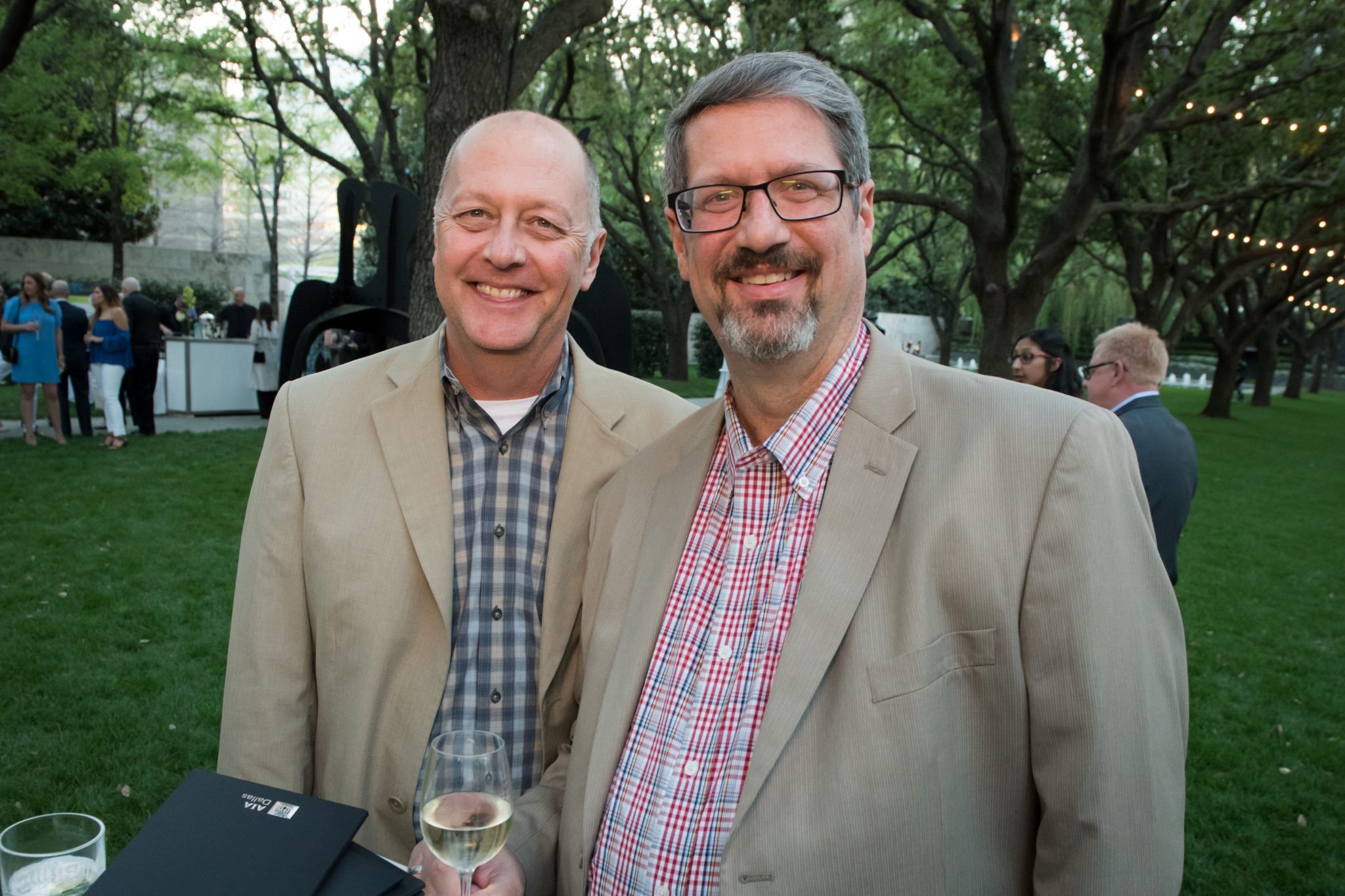 You will be missed by all who were lucky enough to meet you, Greg!