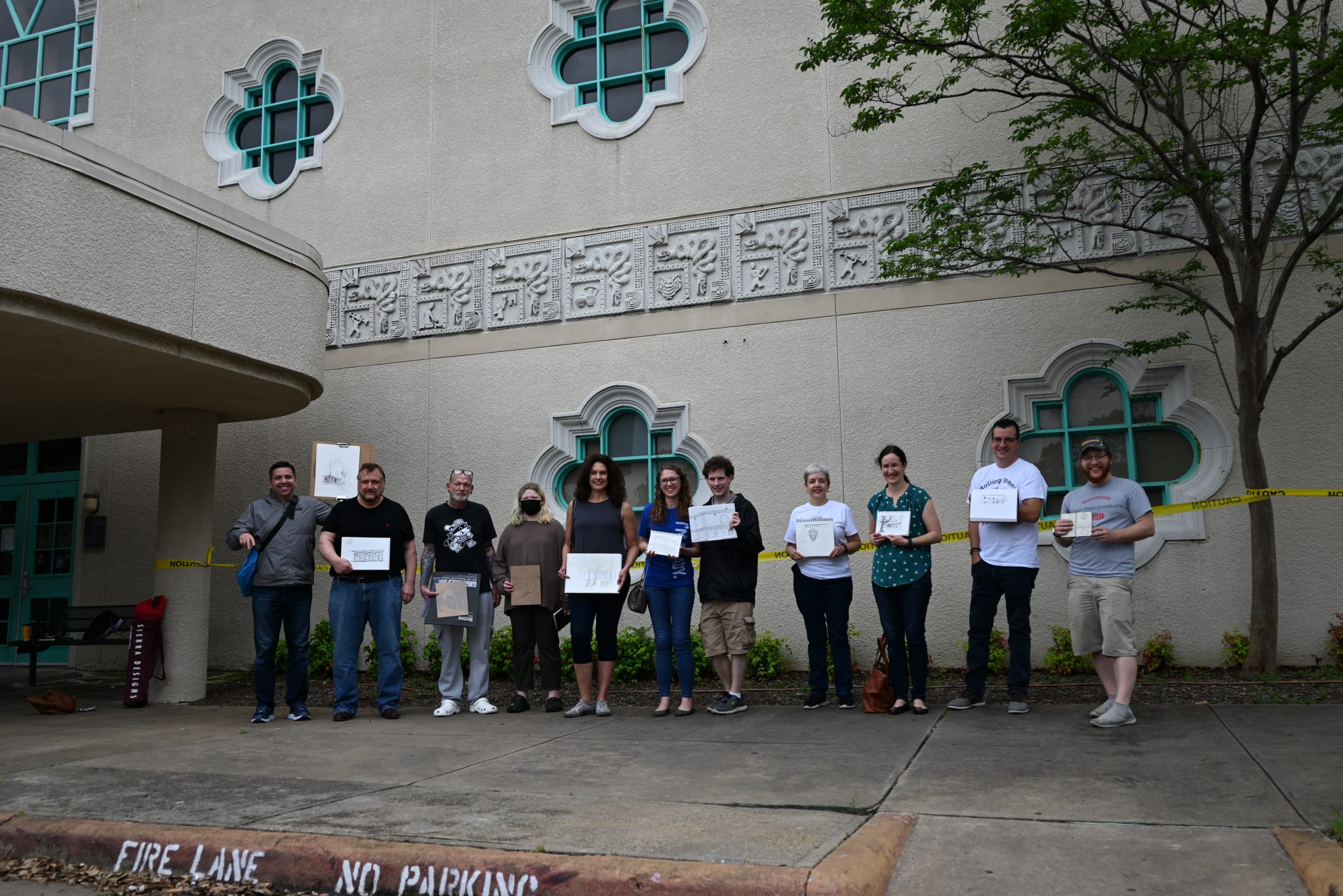 These family-friendly events are perfect for every level of experience, from beginners to experts at sketching. You can join us on Saturdays from March until June at various landmarks around the city.
IMG_0452
IMG_0350
IMG_0338
IMG_0347
IMG_0461
IMG_0452
View Gallery

Anita Martinez, born in 1925, is a fifth-generation Texan who was raised in the Dallas neighborhood known as Little Mexico.

Martinez became a community activist at 14, advocating at City Hall to get the streets paved in Little Mexico. She ran for City Council in 1969, winning 52 percent of the votes in her district. She became Dallas’ first Hispanic council member and the first Hispanic woman elected to the city council of a major U.S. city. She served two terms, ending in 1973.

In 1972, she protested a bond package that excluded West Dallas and Little Mexico from the proposed improvements. A week later, the council added a West Dallas recreation center to the proposal —a center now named in her honor.

While on the council, Martinez was appointed by President Richard Nixon to the board of the National Center for Voluntary Action, a predecessor to the Points of Light Institute. In 1974, after leaving the council, she became a Peace Corps adviser who went on fact-finding missions to evaluate its effectiveness. She also spearheaded youth leadership programs, called for the formation of a police unit to handle domestic violence cases, and was a vocal supporter of a training center for potential city employees from underrepresented communities.

After deciding not to pursue a higher public office, Martinez redoubled her efforts on Dallas’ Hispanic community. She helped open a community clinic, Los Barrios Unidos, and founded the Anita N. Martinez Ballet Folklorico group, a dance company dedicated to overcoming the low self-esteem she saw in Hispanic youth. She blamed their lack of pride primarily on the exclusion of Hispanic history and culture from education curriculums and little awareness of the rich heritage of Dallas’ Hispanic population.

“Be proud of the heritage and be proud of making the neighborhoods worthy of pride and admiration,” she told a crowd at the Elmer Scott Housing Project in 1970. “It means the future of our entire city, which cannot exist without West Dallas.”

West Dallas is in a fight to maintain its community character and legacy. Since the construction of the Margaret Hunt Hill Bridge, completed in 2012, the area has seen a sharp increase in real estate investment and large-scale developments.

Before the completion of the bridge, the CityDesign Studio led an update for the ForwardDallas comprehensive plan to develop urban structure and guidelines for the West Dallas area. The document provides a conceptual rendering of development and phasing of growth. As potential projects arise, the City of Dallas can use the structure to determine how well the project fits the area’s long-term vision. The city adopted the guidelines in 2011.

However, the area is struggling with rapid development and displacement of families who have lived there for generations.

To iron out those issues, work has begun on the West Dallas Community Vision Plan, announced in May 2021. Neighborhood residents and community leaders are collaborating with the Trinity Park Conservancy, West Dallas 1, Downwinders at Risk, Builders of Hope, and Southern Methodist University’s Budd Center to steer policy and investments in the area for years to come.