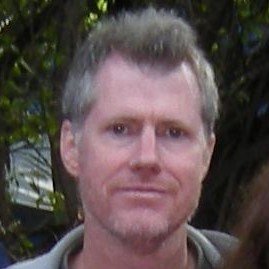 Dallas is an American supercity entering a new millennium. Our architectural community seeks to preserve its heritage and provide context for the projects to come. I delight in challenging the public to think critically about our built environment. I have been an AD EX docent since 2019 and currently lead the West End tours.

What is your current or most recent occupation? Bank officer

What attracted you to the AD EX and why did you become a docent?

My interest in architecture in general and historic structures in particular. The union of artistic creativity and structural mathematics is awe inspiring.

While touring the West End, a group of European visitors remarked they were seeing a Dallas distinct from cowboys and oil tycoons.

What’s your favorite building in Dallas/Fort-Worth and why?

South Side on Lamar for its blend of heritage, lifestyle, and vitality.

What are the top 3 places a traveler interested in architecture and design shouldn’t miss in Dallas?

What’s your favorite city to visit besides Dallas? Why?

At the risk of sounding cliche, there’s nothing like Paris in the springtime. In particular, the Marais, the Quartier Latin, the banks of the Seine, l’Isle St. Louis, and l’Isle de la Cite, including Notre Dame. Take a river excursion, look at used books, have a beer with a friend on an outdoor cafe terrace, watch the sunset as barges move in the river, and grab a late dinner in a restaurant with good company. Nothing like it in the world.

I enjoy engaging visitors in viewing architecture in a new way.